Top Posts
How to add transition effects between stories on Instagram
Best free illustrations for commercial use on websites and apps
But Make It Fashion: 4 Good Photo Editing Apps for Fashion Bloggers
Panoramic Perfection: 3 Apps That Will Give You the Best 3D Picture...
The Best Apps for Tweaking and Fine-Tuning Selfies
5 Apps That Will Help You Create Awesome and Free Cinemagraphs
Top 5 Photography Apps for Digital Nomads
How to Add Music to a Picture or a Video: These 5...
Cool Overlays, Man! The Apps You Need for Adding Text to Your...
Insta Delicious: 4 Best Apps for Taking Food Pictures
Home Design Clone yourself: Apps to put more than one of the same person in one photo

Clone yourself: Apps to put more than one of the same person in one photo

Have you ever seen those photos that feature the same person twice in a picture? That’s a result of putting multiple photos together.

It’s actually a pretty standard photography special effect, and you can create the same effect using a cloning picture app. It’s easy! There are various options for iPhone, iPad and Android devices.. 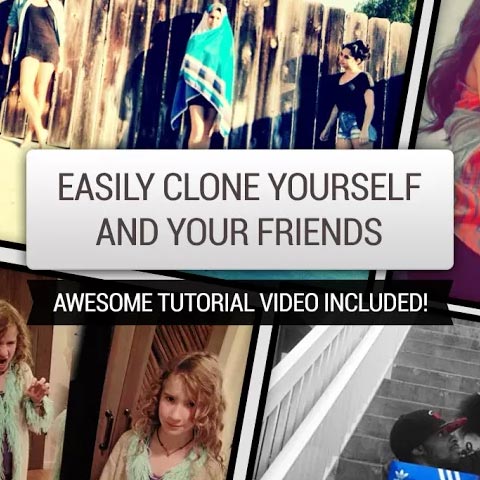 Split Pic has some useful features that appear in some of the other apps. You can select different types of frames and drag the boundaries of each picture, even after you take the photos. There are also a range of filters and you can specify the amount of blur between each image. You can share your pictures straight to Instagram, Facebook, Twitter or Tumblr.

If you want to spend the measly 99 cents, you can also get some unique features in the pro version, including the ability to apply filters to each individual image. 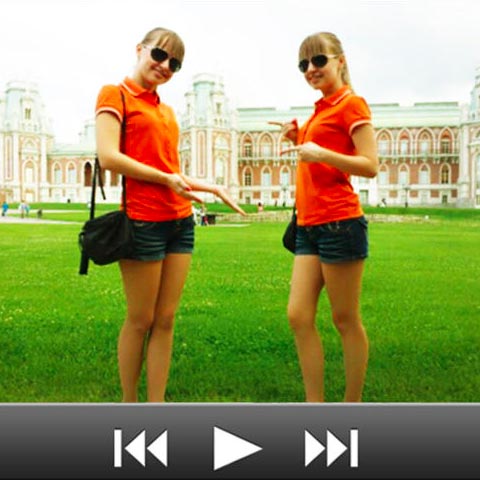 Split Lens 2 is a nice, full-featured split pic app. You can clone yourself in photos and videos. Choose from a range of split frames based on what you need (some options allow you to combine up to 6 photos). You can set a timer to take your own photos and adjust the frames after you’re done taking photos to get the perfect clone every time.

Available for: iPhone, iPod Touch, iPad
Good things: Good features, pleasing design and produces great results
Bad things: Could be confusing for first-time users (although there is a tutorial). Only clone with two pictures for free. Up to eight clones for the pro version. 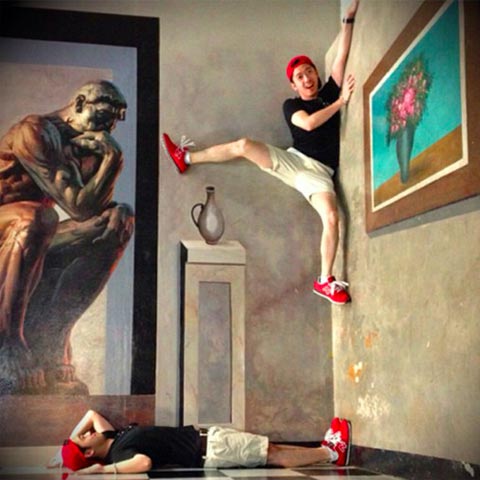 Clone Camera is another cloning app. You take a base photo of a scene. You then move the thing you want to clone around the scene and take another photo. You draw over the part of the second photo that you want to appear in the base photo. This allows you to have clones of yourself overlapping each other for a really nice effect. 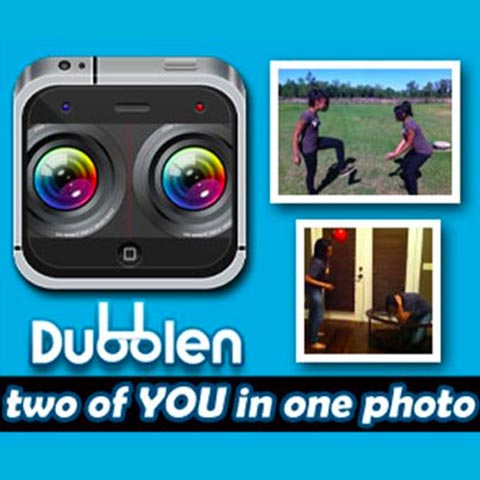 As its name suggests, Dubblen allows you to clone yourself only once (i.e. there is a maximum of two of the same person in a photo). You need to hold the camera in place while you take both photos or you might end up with a wonky image.

If you’re an app developer who has made an app that can put the same person in a picture, share it with us and we’ll list it here.

We hope that you impress your friends with your amazing photography skills. It’s a lot of fun! Have you got a photo to share with us? We’d love to see it! Share it in the comments or on our Facebook page.