Top Posts
How to add transition effects between stories on Instagram
Best free illustrations for commercial use on websites and apps
But Make It Fashion: 4 Good Photo Editing Apps for Fashion Bloggers
Panoramic Perfection: 3 Apps That Will Give You the Best 3D Picture...
The Best Apps for Tweaking and Fine-Tuning Selfies
5 Apps That Will Help You Create Awesome and Free Cinemagraphs
Top 5 Photography Apps for Digital Nomads
How to Add Music to a Picture or a Video: These 5...
Cool Overlays, Man! The Apps You Need for Adding Text to Your...
Insta Delicious: 4 Best Apps for Taking Food Pictures
Home Design Animate part of a picture with these apps

Animate part of a picture with these apps

Have you ever encountered photos where part of the image is animated while the rest stays perfectly still? This new type of media that toes the line between photo and video is called a cinemagraph.

Cinemagraphs animate only part of an image while the rest remains still. They tend to loop seamlessly to create the illusion of living scene.

Originally reserved for movie stills, cinemagraphs are making their way onto everyday people’s newsfeeds to stunning effect. These are the best apps for making living, moving photos that loop seamlessly. 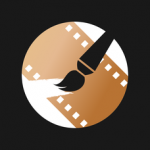 Verdict: Highly recommended. Free and feature-packed. Only available on iPhone.

MaskArt has a similar feature list to Cinemask outlined above.

Update: It looks as though this app has been removed from the US App Store.

Verdict: too expensive ($199/year!). Available on iOS and macOS

An app for making cinemagraphs; popular with businesses and professionals. For most people it’s prohibitively expensive. If you have that sort of money lying around, go right ahead. Free to use with a big watermark.

This app looks promising and it’s available on Google Play for Android devices. 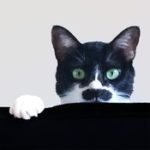 Verdict: difficult to use and put an ugly watermark. Available on iPhone

This app didn’t seem to successfully animate any preview video, but the exported video worked fine. 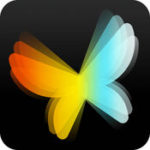 No option to load videos from camera roll, so cinemagraphs need to be filmed in the app. You’re required to highlight the section you want to animate by drawing shapes. Definitely not as nice as MaskArt or Cinemask.