Top Posts
How to add transition effects between stories on Instagram
Best free illustrations for commercial use on websites and apps
But Make It Fashion: 4 Good Photo Editing Apps for Fashion Bloggers
Panoramic Perfection: 3 Apps That Will Give You the Best 3D Picture...
The Best Apps for Tweaking and Fine-Tuning Selfies
5 Apps That Will Help You Create Awesome and Free Cinemagraphs
Top 5 Photography Apps for Digital Nomads
How to Add Music to a Picture or a Video: These 5...
Cool Overlays, Man! The Apps You Need for Adding Text to Your...
Insta Delicious: 4 Best Apps for Taking Food Pictures
Home Design How to make cinemagraphs on a Mac or PC

Have you ever encountered photos where part of the image is animated while the rest stays perfectly still? This new type of media that toes the line between photo and video is called a cinemagraph. Cinemagraphs are increasingly popular in marketing campaigns and social media as they boost click-through rates and draw your audiences attention to your content.

Cinemagraphs animate only part of an image while the rest remains still. They tend to loop seamlessly to create the illusion of living scene. 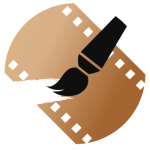 Verdict: The best value for money on Mac and feature packed. Highly recommended for making cinemagraphs on Mac OS X

Cinemask Pro gives full control over cinemagraph creation, after importing your source video you trim to length, choose a freeze frame, and use the brush options to draw in the animated mask.

It has the most important features a cinemagraph app needs – seamless loop creation, ping-pong bouncing loops or cross-fade transitions (with the ability to fade duration), opacity settings for advanced blending, and export as GIF or Video files with different quality settings applied. 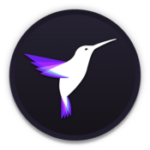 Verdict: Expensive – but one of the most fully featured options available for Mac desktop editing of Cinemagraphs

Cinemagraph Pro allows you to draw and erase with multiple brush options, as well as control the looping (bouncing or repeating) with options for controlling the speed and more.

It also includes options to crop, change video levels, plus a bunch of video filter presets.

Verdict: One-time fee, nice interface. A great option for creating cinemagraphs (so long as you’re connected to the internet)

Graphitii is a relatively new kid on the block, but it brings a stylish interface and all the tools you need to create cinemagraphs on any device.

Gifzign appears to be an animated gif editor, letting you import videos and add text and edit to suit. Editing capabilities are somewhat limited, as you can only add text above/below an area, there is no drag and drop interface or complex editing capability here. The cinemagraph option seems to work well, though it is missing a few options (like brush hardness). Overall it does the trick for a reasonable price. Verdict: Cheap, not particularly pretty but mostly does the job.

Clipgraph (previously Flickgraph) has been around for a while. The interface is a no-frills affair, but it has most of the options you would expect at this point. One major downside is it is really difficult to tell where you’ve drawn a mask making it difficult to use.

How to mirror photos and add reflections to photos